However, thanks to the existence of the audio tapes, which the Court regularly sent to the National Archives, third parties such as University Publications of America (UPA) were able to recreate transcripts from the recordings. UPA, for example, transcribed roughly 1/3 of the cases argued during the Warren Court. So when you come across a transcript from that era, it’s likely “unofficial” – especially if it ends with the following notation:

Fortunately, The Oyez Project did a much better job than UPA of producing unofficial transcripts from the audio recordings, and they did so for all cases, not just the 1/3 or so deemed worthwhile by UPA.

However, it’s still a worthwhile exercise to catalog and archive as many “official” transcripts produced by the Court during this period as possible, in part for their historical interest, but also because they would likely shed some light on portions on the arguments that are inaudible on tape. 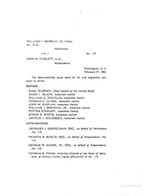 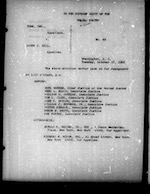 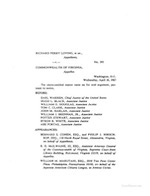